It turns out that the masterpiece RPG 'The Elder Scrolls III: Morrowind' was secretly restarting the original Xbox while loading The Elder Scrolls ' series, the third in the series, ' The Elder Scrolls III: Morrowind ' (Morrowind), was released for Windows and Xbox in 2002. Of these, the developers at the time revealed that the Xbox version of 'Morrowind' was processing to restart the Xbox without the user's knowledge. Modern Vintage Gamer , a YouTube channel dealing with game-related topics, has verified that this specification is true.

Did Morrowind on the Original XBOX really reboot itself to free memory? | MVG --YouTube


'Morrowind' is an open-world action RPG set in a fantasy world, with a high degree of freedom to choose actions based on your morality while adventuring around the world with your own characters. It became popular in. However, at that time, when playing 'Morrowind', which required reasonable specifications, on the original Xbox, which has only 64MB of memory for both CPU and GPU, there was a scene where the memory capacity was insufficient. Todd Howard of Bethesda Softworks, who was involved in the development of 'Morrowind' at the time, mentioned this memory shortage problem when he made a guest appearance on the Xbox team's podcast. 'When Morrowind runs out of memory, it secretly restarts the Xbox so that the user doesn't know it and frees up memory. The long load on Morrowind is due to the Xbox. It's because I'm restarting, 'he said, revealing that he had solved the memory shortage problem of' Morrowind 'by force. The fact that it was revealed over about 20 years, the listeners such as Phil Spencer (upper right of the image) who is the top of the Xbox team burst into laughter. Spencer replied, 'That's a technique we call memory management.' To verify that this 'memory management' is really done, Modern Vintage Gamer has prepared a development kit for the original Xbox. 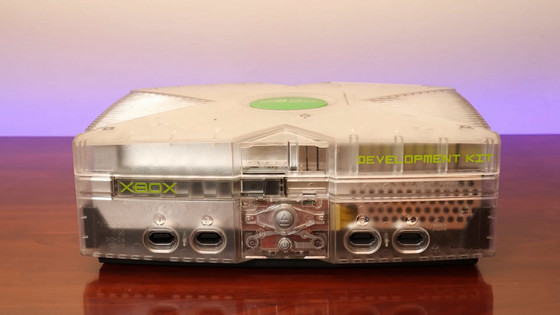 In addition, IDA Pro , a disassembler, automatically analyzed the program by reverse engineering. If you load save data during play ... It turns out that an executable file called 'morrowind.xbe' has been created and is being written and read. So, when I disassembled morrowind.xbe by reverse engineering with IDA Pro, I actually found the command of XLaunchNewImage. As a result of further analysis, it was also revealed that there is

an INI file containing a flag that enables XLaunchNewImage in 'Morrowind'.